Dr. Loi Nguyen is Executive Vice President of Marvell’s Optical and Copper Connectivity Group. In his role, Loi is responsible for the company’s Optical, High-Speed Connectivity and PHY product lines. Prior to Marvell, Loi was the Co-Founder of Inphi, where he served as Senior Vice President of the Optical Interconnect Business Group. Prior to Inphi, Loi held engineering roles at the Honeywell Physical Sciences Center in Bloomington, Minnesota.

Loi holds seven U.S. patents and is an author of more than 50 scientific publications. He has served on technical committees of the IEEE International Electron Devices Meetings, the IEEE Device Research Conference and the IEEE International Solid-State Devices Meetings. Loi holds B.S. and Ph.D. degrees in Electrical Engineering from Cornell University and an MBA from the Anderson School of Management at UCLA. 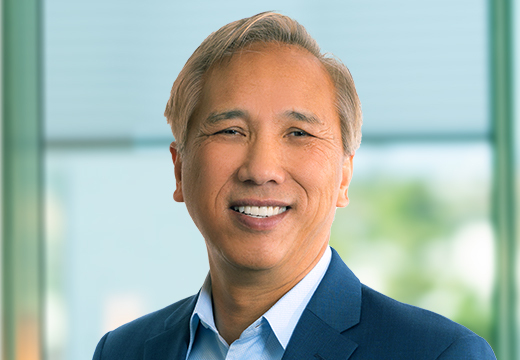