Sandeep Bharathi is Marvell’s Chief Development Officer. In this role, he leads the Central Engineering team responsible for the development of SoCs for various end markets in advanced process technologies and analog mixed-signal and advanced packaging development, including foundational IP and system hardware. He previously served as the company’s Executive Vice President of Central Engineering, System-on-Chip Group.

Prior to joining Marvell in 2019, Sandeep served as Vice President of Engineering at Intel, where he led FPGA product and technology development. Previously, he held a variety of senior engineering leadership roles at both Xilinx and Advanced Micro Devices.

A longtime industry veteran, Sandeep is a proven innovator and has brought multiple CPUs, GPUs, FPGAs, SoCs and custom designs to market, which together have generated billions of dollars in cumulative revenue. He earned a B.E. in Electronics Engineering from Bangalore University, an M.S. in Electrical Engineering from the New Jersey Institute of Technology and is also a graduate of the Stanford Executive Program. 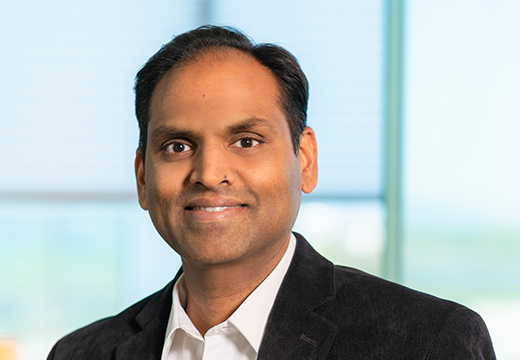